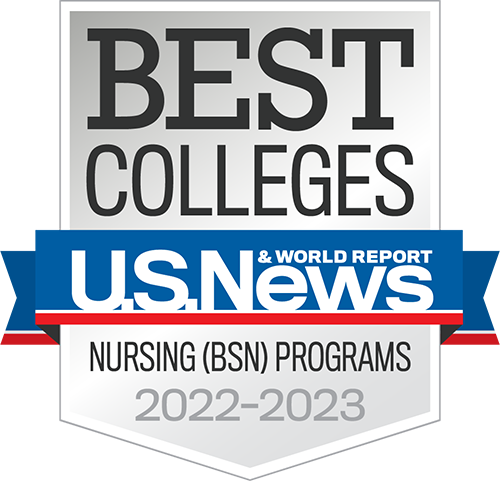 History of the College of Nursing

Nursing has been an important component of the University of South Alabama since 1973, just 10 years after the university itself was established.

From its initial enrollment of 60 students, along with four faculty members and a director, the program has thrived and grown. In 1976, the same year its first 23 graduates earned the Bachelor of Science in Nursing degree, the University’s nursing programs were accredited by the National League for Nursing for the maximum period of eight years.

The nursing program was designated the College of Nursing in 1985 and has maintained accreditation continuously since 1976.

Earline McRae, MSN, RN, served as Director from 1974-77. She initiated the program, graduated the first class of the College of Nursing, and introduced the RN to BSN program. The program had four faculty members — Carol Henderson (now Harrison), Joan Ralph, Frances Dunagan, and Mary Montgomery — and about 60 students. Initially housed in the Life Science Building on main campus, the program moved into the Medical Sciences building and then into a former barrack at the Brookley campus.

Dora Eldridge Blackmon, EdD, RN, was the first dean of the School of Nursing, serving from 1977-89. Under her leadership, the college in 1978 added a special track for RNs wishing to earn a BSN degree and, in 1981, a similar program for RNs wishing to complete an MSN degree. Later in her tenure, in 1985, the School of Nursing was designated the College of Nursing. With more than 700 students, it was the fourth largest academic unit on campus. The CON moved from Brookley back to the main campus and then to the former Providence Hospital on Springhill Avenue.

Amanda Baker, EdD, RN, served as dean from 1989-98. During her tenure, the CON added clinical specialist and nurse practitioner programs. In 1990, the college had an enrollment of 739 undergraduate students. Under Dr. Baker's leadership, the College began its longstanding tradition of successful competition for federal funding through the Division of Nursing at the Department of Health and Human Services, especially for Professional Nurse Traineeship grants. The college received its first advanced training grant through the Division of Nursing in 1993 to fund the Neonatal Nurse Practitioner program and was also one of the first in the nation to receive funding for an acute care nurse practitioner track.

Debra Davis, DSN, RN, was named dean in 1998 and served until 2017. She introduced online teaching for nursing programs, supervised the return of nursing programs to a new dedicated building on the main campus, expanded to an additional campus in Baldwin County, and initiated accelerated programs for BSN students and for RN to MSN students. During Dr. Davis' tenure the college experienced tremendous growth from 964 students to more than 3,000.

Heather Hall, PhD, RN, NNP-BC became dean in 2018. Under her leadership, the College has advanced research and scholarship, increased the number of proposals submitted for external research funding, increased community engagement and developed new concentrations for the Master of Science in Nursing, Doctor of Nursing Practice and Post-Graduate Certificate programs.