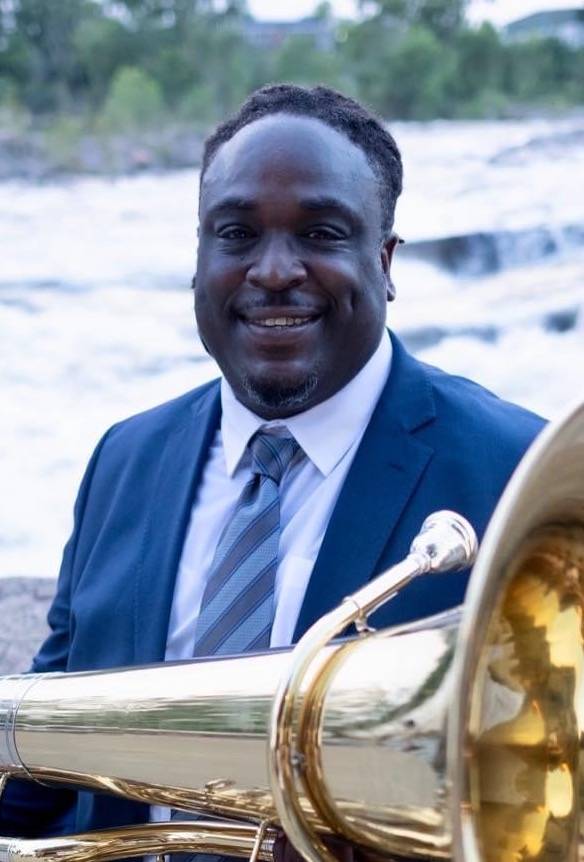 Clayton Maddox, a native of South Bay, Florida serves as Assistant Professor of Tuba and Euphonium and Assistant Director of Bands at the University of South Alabama. He is an active soloist, chamber artist, and educator. He has previously held teaching positions at Arkansas Tech University and Henderson State University.

As an in demand soloist, Clayton has traveled to Tokyo, Japan to perform a solo recital at Yamaha Ginza Headquarters and Sapporo, Japan where he performed a recital at the historic Sapporo Clock Tower. He has performed with several professional orchestras such as the Jacksonville Symphony Orchestra, Tuscaloosa Symphony Orchestra, Tallahassee Symphony, and Orquesta de Sinfonica in Monterrey, Mexico.

He holds degrees from the University of Alabama, University of Memphis, and the Louisiana State University where he was a Huel D. Perkins Fellow. His primary teachers have included Demondrae Thurman, Paul Weikle, James Jenkins, and Joseph Skillen.