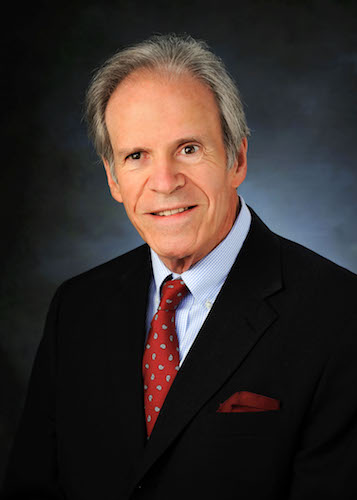 Dr. Jerry Alan Bush, Professor Emeritus of Music and, until his retirement in 2014, Keyboard Area Coordinator of the University of South Alabama Department of Music, was named one of the "50 Outstanding Faculty" in the entire history of the university.

Dr. Bush joined the USA faculty in 1971 and has received numerous university awards. He was honored as Dean's Lecturer of the College of Arts and Sciences, Phi Kappa Phi Outstanding University Professor, and Alumni Outstanding University Professor. A pianist who pursues an active career in both instruction and performance, Dr. Bush was the first individual in the nation to be awarded the Master Teacher Certificate of the Music Teachers National Association, the highest level of professional recognition granted by the organization. The winner of nine piano performance competitions, Dr. Bush has appeared in locations including Weill and Zankel Halls of Carnegie Hall, the Guggenheim Museum and Queens College's Aaron Copland School of Music in New York, The Kimmel Center and The Academy of Music in Philadelphia, Princeton University, The Peabody Conservatory in Baltimore, Coolidge Auditorium of the Library of Congress in Washington, Atlanta's High Museum of Art, and numerous venues in cities such as Denver, Houston and New Orleans. During his career as a performer he has been heard in concert on a total of more than 200 occasions, including artist series in many additional communities and institutions.

Students of Dr. Bush have accrued some 250 awards of all types, including numerous competitive prizes, fellowships, assistantships and other academic and musical honors. Following graduation from USA, alumni of Dr. Bush's studio have successfully pursued advanced degrees at numerous institutions across the nation, and many are now successful performers and highly-regarded teachers at both preparatory and collegiate levels. For many years Dr. Bush has been in substantial demand for master classes in performance styles and techniques, which he has presented at institutions, music teachers' conventions, organization conferences and studio consortiums on many occasions, as well as serving as official artist-clinician for associations in Atlanta and New Orleans. He has been engaged as an adjudicator for more than 50 piano competitions at all levels and has trained adjudicators for two terms as State Clinician of the Alabama Music Teachers Association.