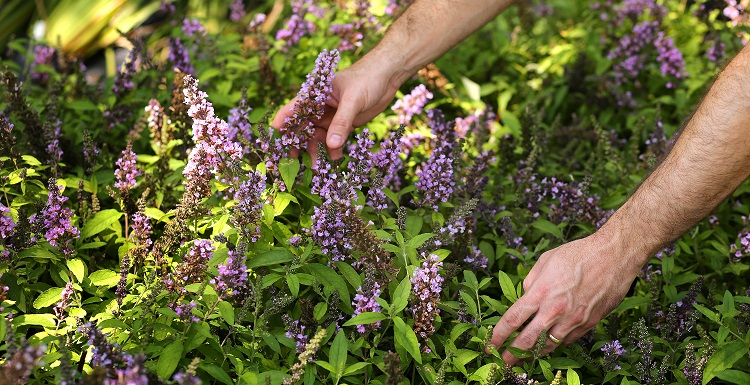 The University of South Alabama, in partnership with the city of Mobile, is landscaping the medians adjacent to campus, extending the University’s visual entrance from the portals along University Boulevard and Old Shell Road.

For drivers on South’s main campus, the ride is about to get a little more scenic.

The University of South Alabama, in partnership with the city of Mobile, is adding landscaping to the medians surrounding campus and at its busiest intersection.

The project, scheduled to be completed by the end of September, will further extend the University’s visual entrance from the portals along University Boulevard and Old Shell Road, which were added in 2012.

The latest improvements, along more than a mile of those same roads, will complement the existing crepe myrtles and reflect the campus’ beauty.

“One of the things that makes a city more inviting — a neighborhood more inviting — is the aesthetics,” said City Council President Gina Gregory, whose district includes the University. “It’s all part of making the city a place where you want to live, work, and, in this case, study.”

Under the agreement, the city provided funding for the project; the University is responsible for landscaping and ongoing maintenance.

The plantings will be at 26 locations along University and Old Shell adjacent to campus and will include hydrangeas, irises, roses and azaleas. The University is running irrigation lines to keep the plants healthy.

“One of our priorities at South is community engagement, finding ways to align the University’s focus with our neighbors throughout coastal Alabama,” said Dr. Tony Waldrop, USA president. “Extending the campus’ beauty in partnership with the city, just like we’ve done near the University of South Alabama Medical Center, is symbolic of our connection in research, economic development and other enhancements in quality of life.”

The most dramatic change will be at the intersection of University and Old Shell, where concrete pedestrian islands will be removed to make way for plantings and new walkways.

To the north, the landscaping will extend to the east side of University across from the entrance to USA Technology & Research Park, providing a bridge from University property to the northern edge of the city’s Azalea City Golf Course and the adjacent neighborhood.

The improvements come on the heels of a surge of commercial activity along Old Shell Road across from campus and should have a positive effect on area property values, said Harry Brislin, director of USA Properties and USA Technology & Research Park, who has worked in the commercial real estate industry.

“What this will do, along with the portals, is add cohesiveness to the South corridor that will bring everything together,” Brislin said. “It’s just another sign of the growth that the University is experiencing, and an indication of the working partnership between South and the city.”