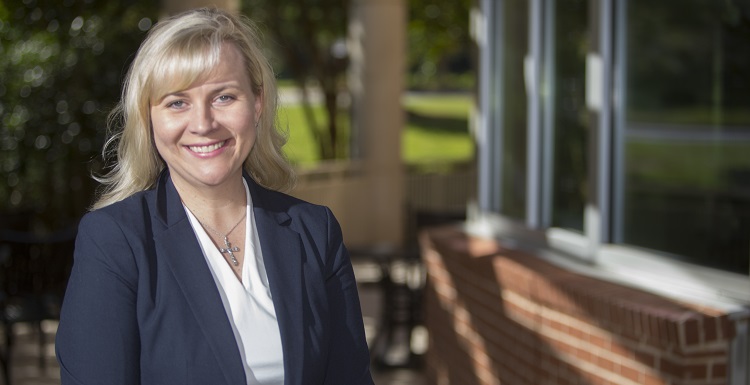 Dr. Heather Hall, who was named interim dean of the USA College of Nursing, earned her bachelor’s and master’s degrees in nursing from South and her Ph.D. from the University of Tennessee Health Science Center.

Following the completion of a nationwide search, Dr. Heather Hall has been named interim dean of the University of South Alabama College of Nursing.

Hall, who earned her bachelor’s and master’s degrees in nursing from South and her Ph.D. from the University of Tennessee Health Science Center, has most recently served as the College of Nursing associate dean for academic affairs and director of the nurse practitioner program. A 2016-2017 Provost Faculty Fellow, Hall joined the nursing faculty in 2004.

Her research and scholarship are in the areas of families of children with developmental disabilities which include autism, Down syndrome, cerebral palsy and sickle cell disease. In addition, she has conducted research on family meal practices among African-American mothers residing in health disparity zip codes.

Hall has also co-authored a book titled, “Evidence-Based Practice: An Integrative Approach to Research, Administration, and Practice,” published by Jones and Bartlett.

She will start her new position at South on August 15.